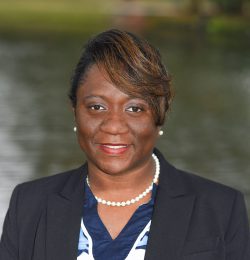 In part 2 of our blog series for National Condom Month this February, we want to encourage everyone who’s having sex to use condoms with every act, every time. EPIC (Empath Partners in Care) Director of Medical and Educational Services Bridget Narvaez, RN discusses barriers to condom use, prevention education for older and younger generations and ways to talk with a partner about using condoms.

1. What are the barriers to using condoms?

A lot of the barriers we see in the community are a lack of understanding about the importance and consistency of using them and having the conversation before engaging in a sexual act. Sadly, the two age groups that continue to lack in education with regards to understanding their sexual health are older people and youth.

A lot of people say they can’t afford them, but we try to eliminate that barrier by providing them for free at special events, presentations and our EPIC locations. Some people try to make their own condoms with materials like Saran wrap and rubber bands or may use knock-off brands, which aren’t the best use.

Many people are timid and don’t build up the courage to have the conversation prior to intercourse. One thing I typically hear is that when they’re in the heat of passion, they keep flowing with it and don’t think to use them. 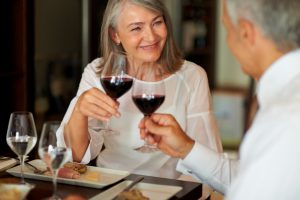 When I did my talk on sex and seniors last year, one of the barriers of why older individuals aren’t using protection is that some of them never had to worry about it. They grew up in a time when they married young and stayed married to the same person for many years, so they didn’t use condoms because they were in a committed relationship.

A lot of older people associate condoms with preventing pregnancy. Back then, the condom of use was lambskin, which was okay for pregnancy prevention, but studies have shown that it’s not proven to be the best for infection prevention because it’s very porous and microorganisms can pass through. Some individuals feel, “I’m in my golden years, why do I need to use a condom? I’m not scared of getting pregnant or I don’t have a chance of making anybody pregnant.” Talking about using condoms is new to them and understanding the different types can be a little overwhelming.

As far as the school system is concerned, sex education has decreased. Here in Florida, the education that’s being presented to children is abstinence as opposed to heath education about safe sex. Schools will talk about the different diseases but that’s not telling children how to protect themselves. Sadly, there are a lot of younger people who aren’t getting that education they need. 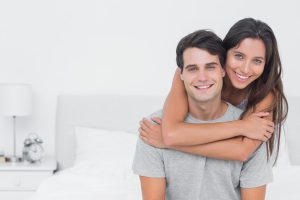 4. How can you talk with your partner about using condoms?

Females for the most part and some males can have a hard time having those conversations. I think anyone who’s is in any kind of semi or fully-committed relationship and considering taking a step toward another level, needs to take time to say something like, “I feel you, you feel me, so this may end up happening.” That kind of conversation needs to happen so there’s no misunderstanding. If you’re a female in a relationship and the gentleman doesn’t want to wear a condom, there are ways you can protect yourself. Don’t allow your health to be in the man’s hand, you can use your own female condom.

5. What conversations should you have if you’re HIV-positive?

We serve people who are infected with HIV/AIDS and other kinds of STIs. We’re always thankful when people take the opportunity to get tested. After they do get the test, we have conversations about how to stay negative or how not to spread an infection by using protection. Those who are infected may say, “I already got something, so it doesn’t matter.” Their lives matters and so do their partners. If people are infected and continue to engage in any sexual activity then they need to take the steps for prevention. It’s important to have those conversations on the front end versus after any engagement.

Get Free Condoms and Testing!

Stop by our EPIC locations or mobile unit for free condoms and HIV testing. Appointments are not needed.